The Three Day Weekend – A Guide for the School of Leaders

This booklet gives a detailed overview of the Cursillo Weekend, beginning with the retreat phase on Thursday evening followed by a detailed look at each day, ending with the Clausura. Its purpose is to be a resource document for the Schools of Leaders where the purpose and focus of each day of the weekend is explained, showing how the weekend develops and what each day should accomplish. Movements who use this for their Schools of Leaders will have leaders who are well prepared to serve as team leaders on a Cursillo weekend.

Reflections II – In Search of Oneself 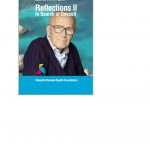 Reflections II – In Search of Oneself, Eduardo Bonnin Aguiló. Eduardo Bonnin drew up a lot of index cards for personal use, which he used as a guide when he had to prepare and address an audience. Some of these cards contained a single thought or idea, but others are real outlines, some more complicated than others and difficult to interpret for any person other than Eduardo himself. Since an important part of his thinking was set out in those index cards, it was thought that they could be rewritten in a version accessible to everyone. In this way, his thinking could be reproduced accurately and faithfully, though his unique and very personal form of expression would inevitably be, at least partly, lost. This task was carried out by Guillermo Bibiloni (the author of History of Cursillo, and a good connoisseur of Eduardo) while Eduardo was still alive. A number of years ago, when Eduardo was still alive – a little book written by Eduardo was published under the same title Reflections and thus this book is entitled Reflections II.

Cursillo History & Memory depicts one of the most unique and yet most unknown events in our recent history: The development of the Cursillo in Christianity Movement. Francisco Forteza’s book, avoids both the “apologetic tone” and the “cold historicism”; it can be classed as testimonial literature. It openly reveals the human condition, not exempt from errors, intrigues and manipulations that have occurred in the Cursillo Movement, while claiming at the same time the validity of what, in the author’s language is understood as “The Foundational Charism”.
In these pages the author, Francisco Forteza Pujol, explores and reveals the early days of the Movement from his personal experience and study. Despite obstacles and difficulties from some surprising quarters it has steadily grown and is now a reality in all the inhabited continents of the world. Those who read this book carefully will gain a new and deeper insight to all that is Cursillo.

FranciscoFortezaPujol, (Felanitx. 1942- Madrid, 1995). A Lawyer and a Company Managing Director. From his adolescence he was one of the protagonists of Cursillo, in Mallorca –the island where Cursillo was born–, in Madrid, and elsewhere. He is one of the lay theorists of this Movement, and as such he has signed, along with Eduardo Bonnin –the lay author of Cursillo– various publications, such as Structure of  Ideas; Cursillo: A Reality Not Yet Realized; (The Manifesto)  and Forgotten Evidence.

Have you ever wondered how Cursillos in Christianity came about, and what its original purpose was and still is? The answer to that question is deeply intertwined in the life and thought of Eduardo Bonnín, upon whom the Holy Spirit deposited the charism of Cursillo, and his small band of companions who, in Mallorca, Spain of the 1940s, developed a method and a movement “that has been able to express the Gospel in modern terms and revitalize the lives of nearly ten million people throughout the world; in some countries up to two generations.

The purpose of this book is to help us better understand Cursillo and its foundational charism by better knowing its founder, since there is close relationship between Cursillo and the life of its main architect. In this work, Eduardo Suárez del Real Aguilera, a Mexican journalist now living on Mallorca, uses the biographical interview to convey Eduardo’s life story, preserving his linguistic preferences so that his very language reveals personality traits, as well as his life history, which enriches his story with points of view from Eduardo’s band of brothers.

As you read this book, you will get to know Eduardo on a personal basis, sharing his excitement about Christ, his commitment to Cursillo and the Church, and the joy and frustration he has faced shepherding the movement through six decades.

The last document that was left by Eduardo Bonnin. It can be described as his last will and testament to the Cursillo Movement.

I Conversations of Cala Figuera

This booklet deals with the the First Conversations of Cala Figuera.

The Cursillista Beyond the Cursillo – From the Weekend to the World 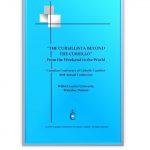 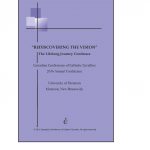 In the 2016 Conference, because of our deeper understanding, we decided to take a fresh look at Rediscovering the Vision.

From Vision to Mission. The What and the What For

In the 2014 Conference we looked at the What and the What For.

In the 2013 Conference we looked at the New Evangelization.

The Conversations. The Path to Understanding

In the 2012 Conference we looked at the Conversations as the path to understanding.

A Light For the Nations,

In the 2011 Conference we looked at the purpose and importance of understanding the Charism, Group Reunion and Ultreya and their relevance to an authentic and effective Cursillo Movement.

The Ten Topics of Cala Figuera

This booklet deals with the ten topics presented at the First Conversations of Cala Figuera.

Transcripts of the rollos presented at the National Conference held June 2010 in Antigonish, NS. This booklet is an excellent resource for your School of Leaders.

Precursillo-Witnesses to the Good News

The booklet presents an overview of this important part of the Cursillo and how its importance in ‘growing’ an authentic Cursillo.

The School of Leaders: One Mind, One Heart:

Very Good materials which will help in understanding this important aspect of Cursillo.

The Best News by the Best Means —The Heart the Charism

We Are Companions on the Journey – Our De Colores Reality

Transcripts of the rollos presented at the 1st National Multicultural Encounter held June 2005 in Windsor, ON. This booklet is an excellent resource for your School of Leaders.

The Why of the Weekend – To Be A Pilgrim

Transcripts of the rollos presented at the National Conference held June 2004 in Grande Prairie, AB. This booklet is an excellent resource for your School of Leaders.

Transcripts of the rollos presented at the National Conference held June 2003 in Saint John, NB in June 2003. This booklet is an excellent resource for your School of Leaders. 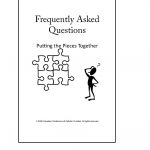 A handy resource book for all cursillistas.

The 4th Day: A Perennial Cursillo

For the new Cursillista and for the veteran, this booklet is a resource that will serve as a good introduction to your study of the movement and/or a wonderful review of this marvelous gift called Cursillo.

The outlines for the spiritual rollos and meditations for use on the three day weekend. These outlines are based on those authored by Bishop Juan Hervas and are the same as those in use in Mallorca today.
There is an error in the manuals purchased prior to August 2011. Download the following file to access the corrected chapter for Actual Grace.

This is a two fold brochure that may be printed off and used as a resource document for potential candidates. The back panel is left blank to provide space for the name of your movement and contact information.

For those of you sharing the message of Cursillo with others, we have made a brochure available for you to download and print. Just click the image below.. 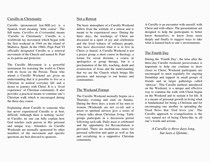 You can right-click and “save-as” to save it to your computer.